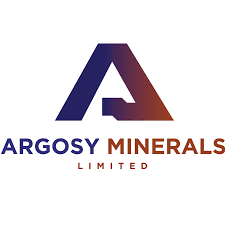 As we as Core Lithium Argosy Minerals is pre-production phase. This lithium developer and future producer is now ahead of schedule compared to its developers peers SYA, PLL, LKE. The stock is now trading 231% above its 52 weeks price, but in some stage was trading 400% above August 2020 highs showing how the market loves companies that are transitioning from Explorer to Developer and now from Developer to Producer. Last Year I have posted the following video and the reasons why we believed in AGY. This stock gaves incredible great gains to our members and to our managing fund.

✅ The Company is currently developing its operation plan RINCON Project which aims to produce 2,000TPA Li2CO3.

✅ The development of the plan is currently in progress with plant and equipment procurement and delivery in progress.

✅ The Company is looking forward to this significant near-term growth phase of increasing development
activity and ongoing progress toward the 10,000tpa project development expansion at Rincon, as Argosy transforms into a battery quality lithium carbonate producer and cash flow generator. The company is committed to achieving the upcoming target and commencing production operations this year at the Rincon Lithium Project.” When we first analysed AGY we have defined this company as “Pre-production phase”.

The Rincon Lithium Project – potentially a game-changing proposition given its location within the world renowned “Lithium Triangle” – host to the world’s largest lithium resources, and its fast-track development strategy toward production of LCE product.

✅ The Company remains on schedule and on budget to achieve first production of >99.5% battery quality lithium carbonate product from mid-2022.

The progress of the Rincon Lithium project

It is critical for any investor to understand the key metrics and the chatalisthc elements of this journey between the development to the production and commercialization. Every update in the market, should have very significant impact on SP.

The Company is progressing toward successfully developing the modular 2,000tpa operation and become a commercial battery quality Li2CO3 producer, and although it is relatively small production compared to its peers, the company is seeking further development to expand its production capacity to 10,000 tpa operation with increasing 90% ownership upon the development.

The Rincon Lithium Project located in the world-class “Lithium Triangle” which is the world’s dominant source of lithium production:

✅ Stage 2 works progressing as mentioned before.

✅ For Stage 3, pending successful development and production from Stage 2.

The Company will consider the best development pathway to ultimately target commercial production from the Project and then earn its ultimate 90% interest in the JV Entity. (SP sensitive news)

✅ Company owns its own Technology to produce LiO with differentiate technology that generates minimal environmental footprint.

✅ Company has already produced over 25 tones LiO at over 99.5% Li2Co2 via the pilot plan and sold to Japan and South Korea customers.

The company continue to grow its alliance with European battery sector, having been accepted as a member to the European Raw Material Alliance (ERMA) and EBA250 network which is the industrial workstream of the European Battery Alliance.

Key elements to Invest in this Stock

✅ Next Lithium Producer (in the Lithium Triangle)

✅ The company also holds interest on Tonopah Lithium Project in USA with Lithium Brine targets confirmed as per the last September 29 report. Since the last report Argosy has been considering a potential exploration target works to assist with identifying the lithium brine prospectivity at Tonopah, and then consider drilling works to test the MT targets to determine the lithium brine potential within the project area, with the following highlights besides the Rincon Project.

This project is strategically located in USA in the lithium battery valley, however it is in its early exploration stages as the company is currently drilling to determine lithium brine prospectivity. Tonopah project has potential for significant lithium brine accumulation with basement depths +3,000m.

Since the company has 83% of its flagship project completed AGY as announced in May, with the current market correction and high demand for lithium, it has a lot more room to run.

The last entry in August members have managed to reach over 100% with our target of 30c.

:
:
:
The information provided by BG Trading to you does not constitute personal financial product advice. The information provided is of a general nature only and does not take into account your individual objectives, financial situation or needs. It should not be used, relied upon, or treated as a substitute for specific professional advice. BG trading recommends that you obtain your own independent professional advice before making any decision in relation to your particular requirements or circumstances. Past performance of any product discussed is not indicative of future performance. (We urge that caution should be exercised in assessing past performance. All financial products are subject to market forces and unpredictable events that may adversely affect their future performance).